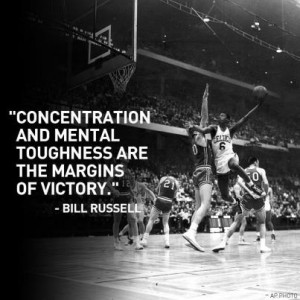 My youngest stepdaughter plays volleyball. Her team was recently in a tournament and although their level of skill was at par or in some cases, above the competitions, they struggled on the court. As a spectator it appeared as though they just couldn’t get their groove, it looked like they were not moving as a team. So I asked her if she could feel the difference between when it works well and when it doesn’t – she said yes, she could feel the disjointedness of their play. I equated it to going for a run when your lower and upper body don’t seem to be working together, so it feels cumbersome and restrictive, or at least it does for me.

So, this made me wonder about business teams. If they are not moving as a team, are they as aware of it as their customers may be? The truth is, as much as we try to hide what is going on, the breaks in your relationships are not hidden to the onlookers. This is not to say that they can understand exactly what it is going on, although they may speculate and come up with their own stories, but they can see that something just isn’t working.

This team of 14-year-old girls could feel the difference and understood that there were some group dynamics affecting them, but potentially were unable to grasp the full impact those things had on their ability to play the game as a team. And further to that, they couldn’t figure out how to change it. How many businesses are in that same situation? You know you have the skills and talent on your team, you can see that they are not communicating and not working together, but you just can’t figure out where to start or what will make a positive change to get them back on track?

If you have played a team sport and understand what I mean when I say that you ‘can feel when your team is moving like a well oiled machine – trusting each other, and focused on the greater goal instead of themselves.’ For me, it is like being weightless – where your efforts and your movements are just fluid, easy, unhindered, and mentally you are in the moment and no where else. It is one of the best feelings I’ve ever experienced, and one I have only duplicated working on mega projects like the Olympics and FIFA World Cups. I have also experienced the opposite – when the machine is not moving well and everything is harder, littered with negativity, and you just can’t do anything right. You are focused on your own play, mired down in your own head, instead of focusing on the team and the collective moment. You are distracted – you are anything but fluid.

Team functionality works the same for business as it does for sport. We can feel the difference between when it is working well and when it is not working well. If your head is full of your workplace dysfunction then it doesn’t leave much room for other things like productivity and innovation…team building, communications etc. Our mental game affects our interactions with our team, our customers, our management, our families, our friends, and our pets. So what can you do?

And who wants to shop, get service from, or visit a place of business that clearly has team dynamic issues, it may leave your customers feeling curious, but also open to other options where the conflict isn’t at a mild boiling point constantly. Don’t ignore the fact that your mental game affects your technical game. Every. Single. Time.