When in doubt listen to David Bowie. 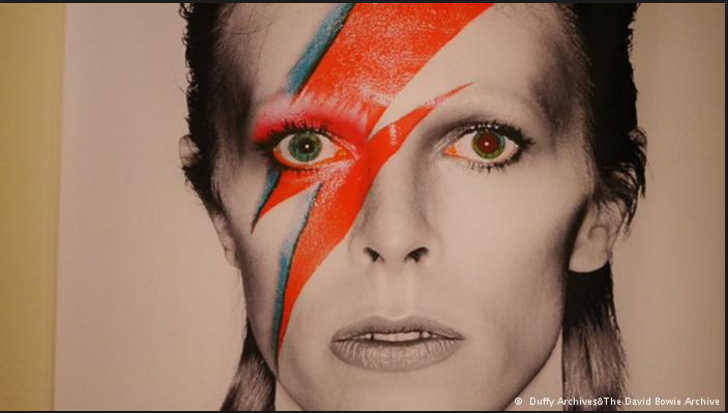 This morning, like all of you, I learned of the passing of David Bowie. And perhaps, also like many of you, it caused me to do two things; feel sad, and feel nostalgic. I started to think about Bowie’s music and its connection to moments and periods, okay decades, of my life. I know I could not fully appreciate his greatness until I had some life under my belt, and I could not fully recognize nor comprehend the depth of his bravery.

Bowie was brave in so many ways; his willingness to be labelled a freak, his willingness to be a true non-conformist, his willingness to use his gift in the face of what I can only imagine was sizeable resistance, and to ultimately change the world, my world.
Oddly enough, yesterday in church our leader talked about death and what our legacy really is, what will the dash in between our beginning and our end be? And then Bowie dies and I immediately relate his life and talent to key moments, and people, in my life. I immediately made his death about my life. His impact on my life – my youth, my anger, my friendships, my challenges, my victories, my celebrations…my dash.

Someone compared Bowie to Paul McCartney, and I had a bit of an allergic reaction, I don’t see them in the same category. Not to offend McCartney fans, but Bowie was the kind of artist that not only pushed boundaries, he shook the people who stood on them. He seemed unafraid to be exactly who he was, or if he was afraid you certainly couldn’t tell. And that is inspiring.
I later mentioned to my husband that it really is the people who are weird, freakish, non-conformist -that change our world, blow bits of it up in a way that makes us consider why we feel the way we feel about things or where we ever got that opinion from in the first place. I distinctly remember in my youth the comments from the adults in my life about Bowie, and they were not endorsing or accepting. I wasn’t sure I agreed with them. And now, I can see that his willingness to be a freak is actually part of what made him great. Bowie was a leader, agent of change, music genius and world-view challenger.
I am fairly certain that we have all known that person, male or female, that is just a bit more different than the rest of us – the way they dress, the way they do their hair, how they don’t seem to care what people say about them or what people believe about them, how they don’t care if they fit in, in fact they likely prefer that they don’t. And perhaps as children, we just thought they were weird, not understanding that maybe, instead, they are gifted, and potentially, a gift for us.
At some point Bowie was quoted at saying, “I wanted to prove the sustaining power of music.” I think we can safely check that off for him. It might have been the least of what he achieved.
Later on I took to Facebook and I read this post by my friend, “When in doubt, listen to David Bowie. In 1968, Bowie was a gay, ginger, bonk-eyed, snaggle-toothed freak waking around south London in a dress, being shouted at by thugs. Four years later, he was still exactly that – but everyone else wanted to be like him, too. If David Bowie can make being David Bowie cool, you can make being you cool. PLUS, unlike David Bowie, you get to list to David Bowie, for inspiration. So you’re one up on him, really. YOU’RE ALREADY AHEAD OF DAVID BOWIE.” (neckbeardnetwork.com)
Sage advice – when in doubt, listen to David Bowie, who crafted one impactful, daring, iconic, lovely dash.
I don’t know where I’m going from here, but I promise it won’t be boring. – David Bowie (1947–2016)